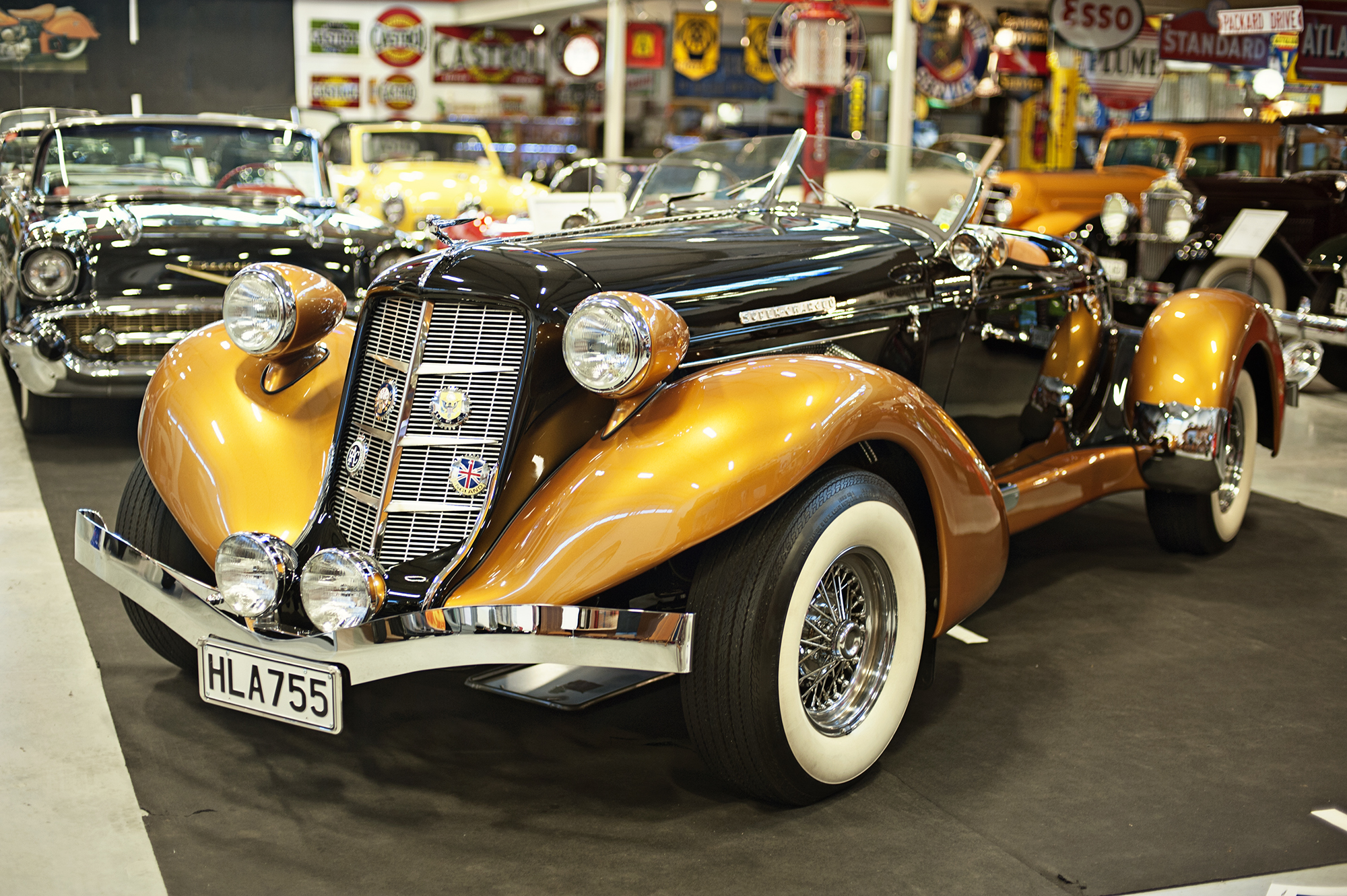 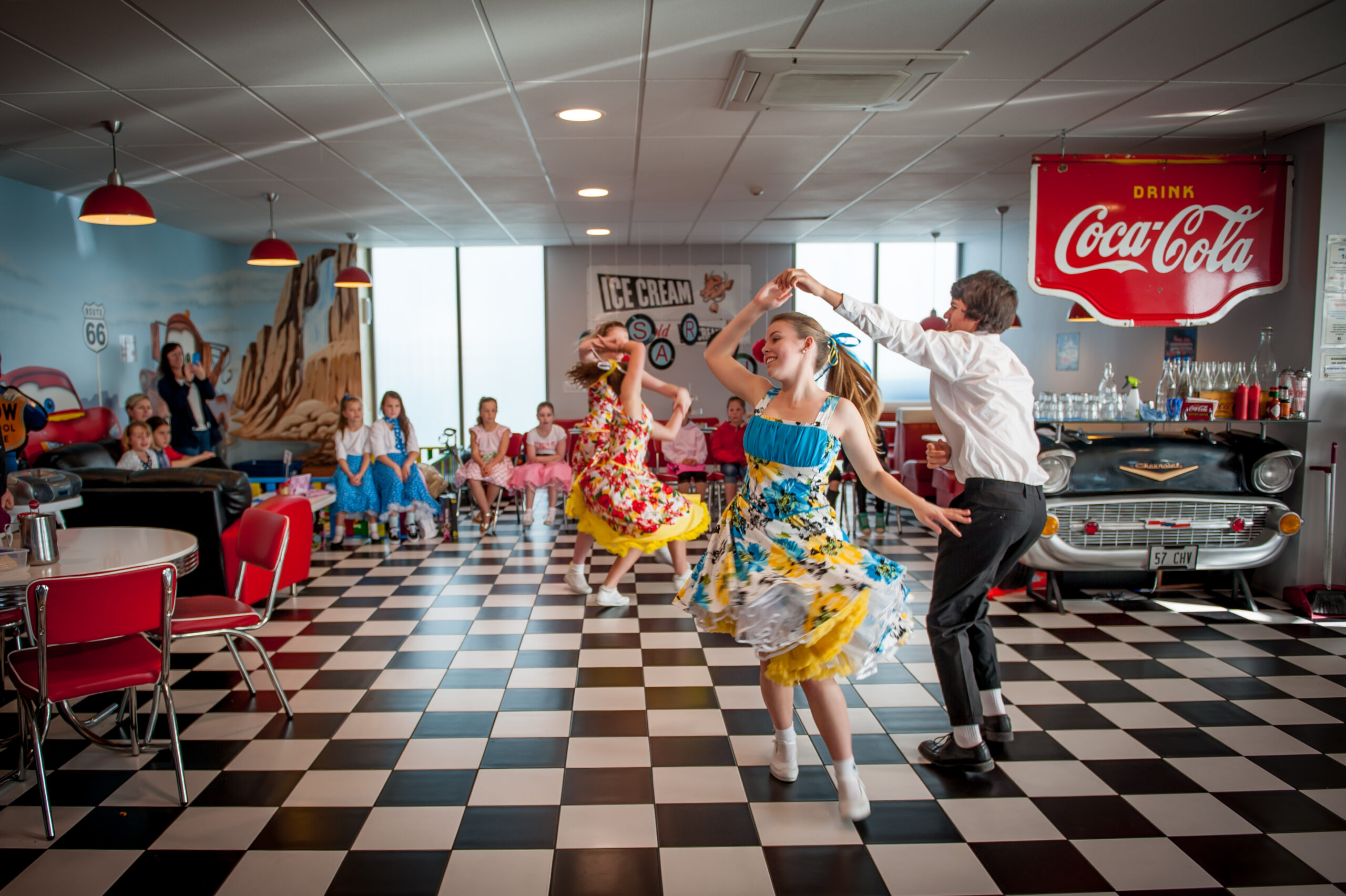 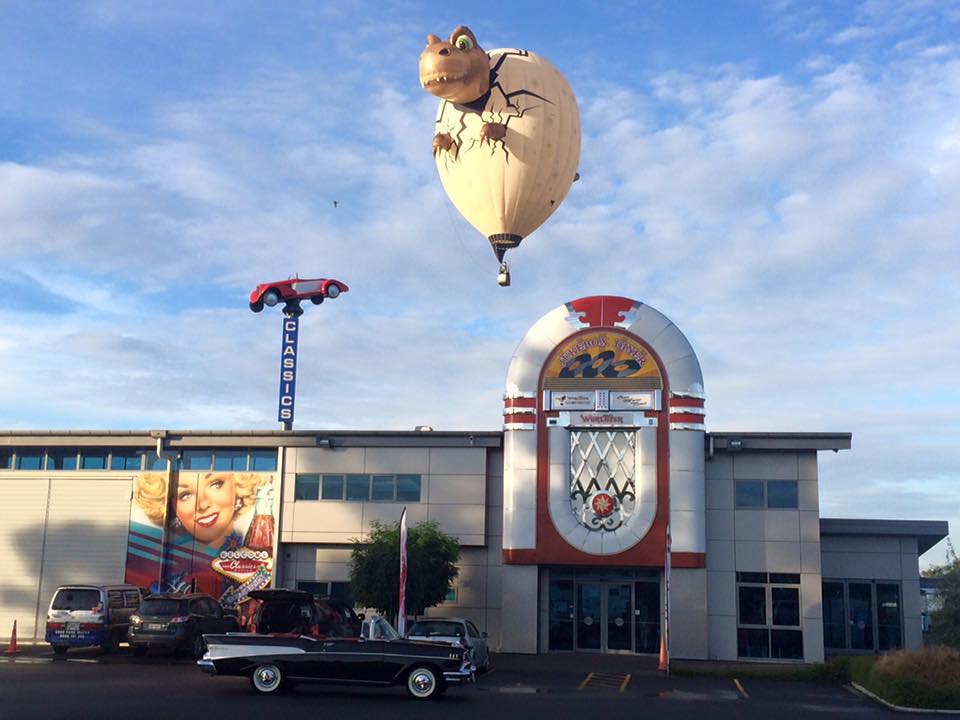 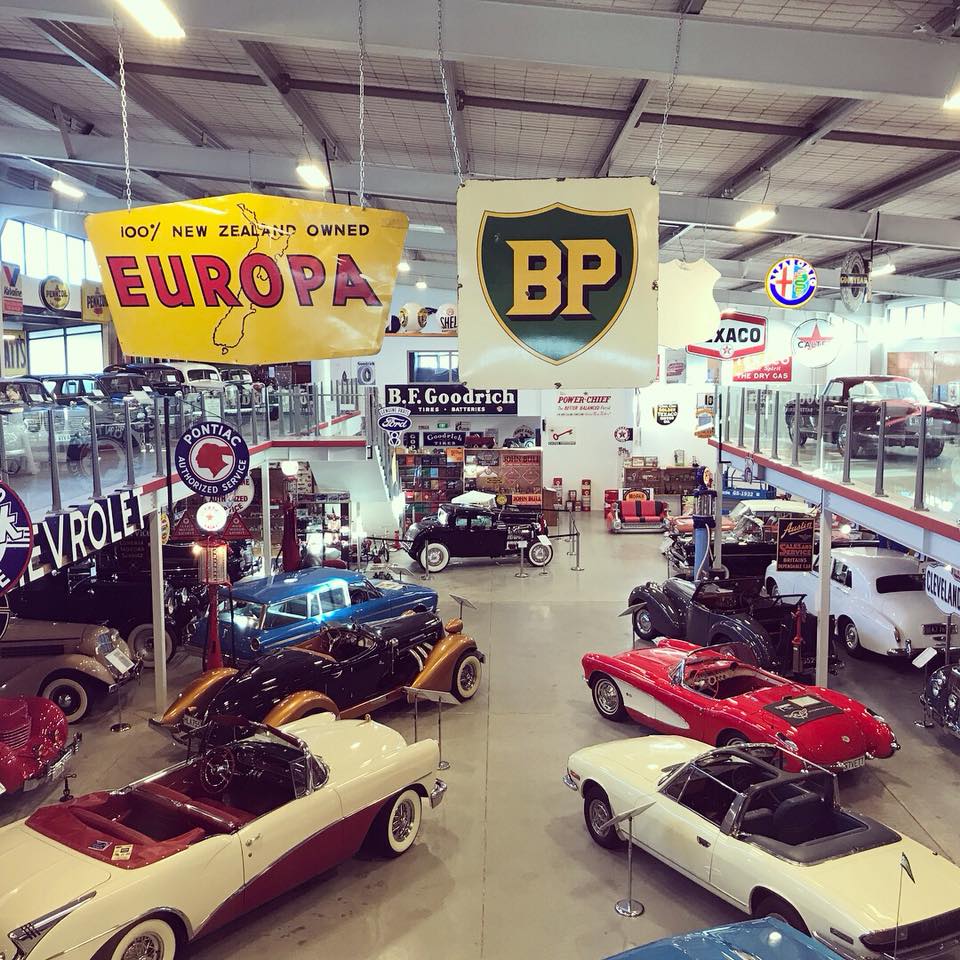 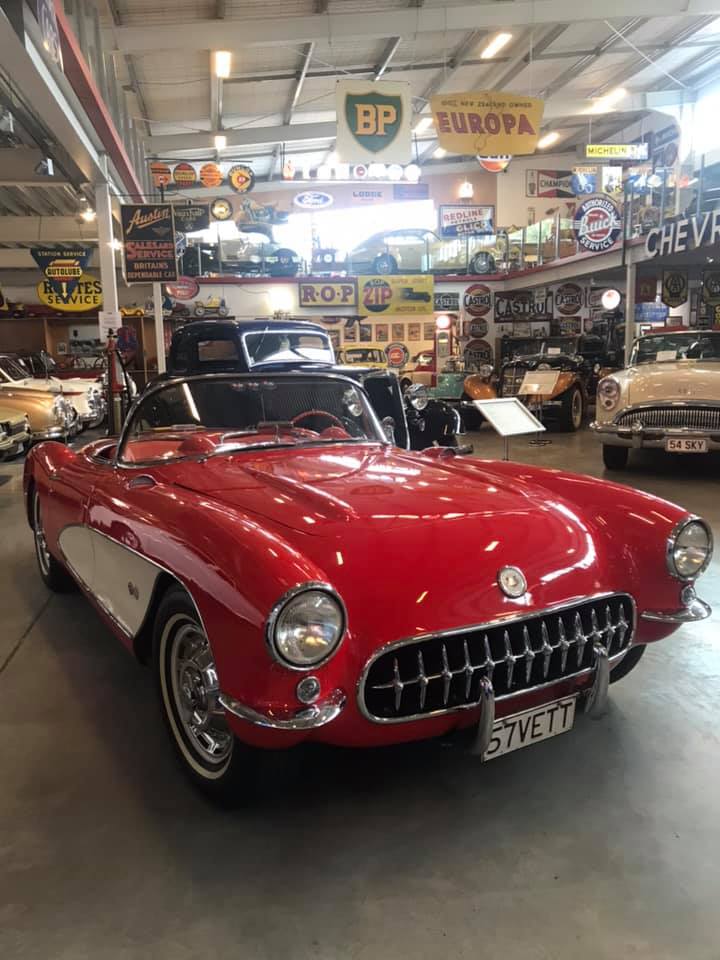 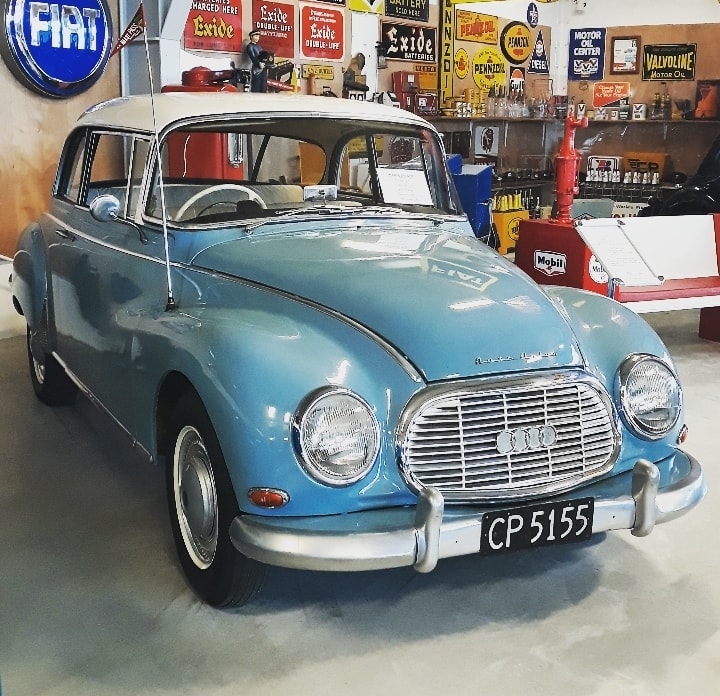 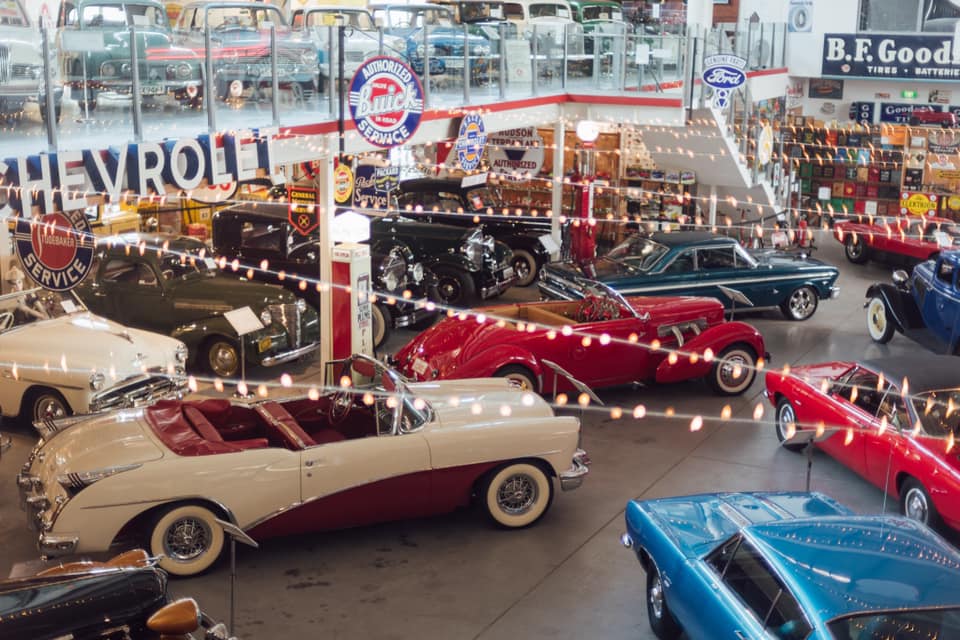 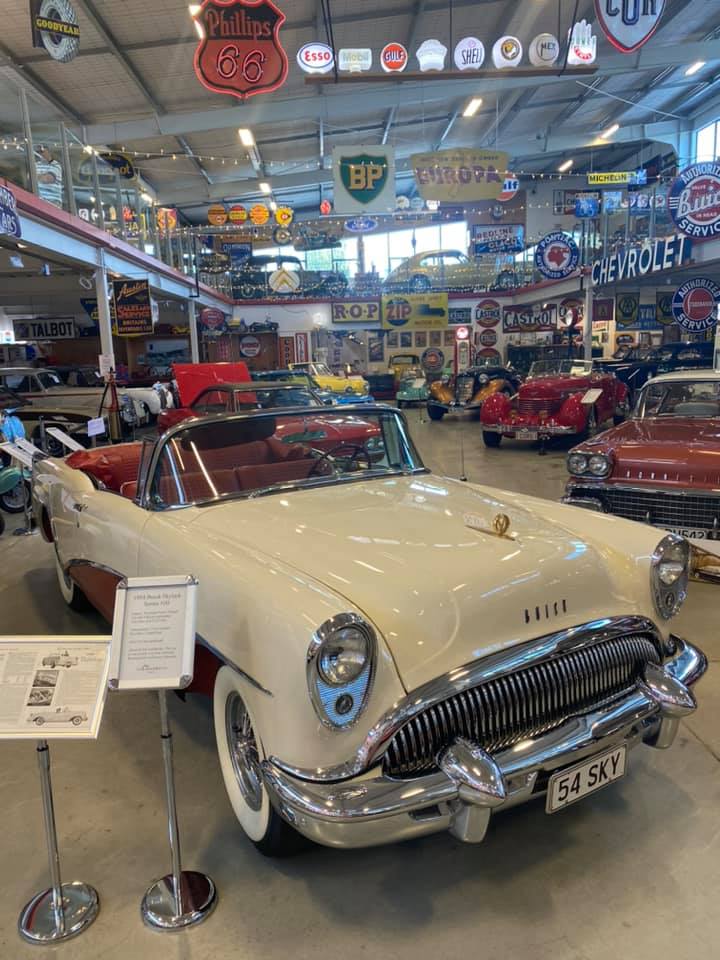 Over 100 classic cars, but not just cars…

Our collection encompasses a range of interests including an extensive collection of petrol memorabilia – enamel signs, pumps, tins, and oil bottles. There is something Classic for the whole family, we cater for a wide range of interests with vintage toys, pedal cars, and scenes from early New Zealand.
One of Hamilton’s best attractions.
CARS
Belair, Auburn, Cadillac, all the classics. We have restored a 1937 Bedford bus, once used to take local Hamilton children to school. Watch out for a tiny three wheeled car called the Messerschmidt, immediately identifiable by it’s transparent bubble canopy.
And our prized possession the 1937 Bugatti – currently under restoration. The Bugatti is one of only three of its kind ever manufactured. Tom, the founder of the museum purchased the car in a French auction after the vehicle was found in a barn where it had been sitting for more than 40 years.

SIGNS, TINS & MORE
This stuff holds just as much history as the cars themselves! You can notice developments in design and materials through the years. There’s even a Big Tree garage complete with signs and tools. Big Tree was one of New Zealand’s first petrol companies, bought out by Shell in the 1950s.

The BP sign hanging from the roof, pride of place in the center of the museum was found in the canals of Amsterdam along with 10 others. They had been there for 25 years, you can even see the water stain line. This sign is 60 years old.

SOMETHING FOR THE TWO WHEEL LOVERS

We have everything from vintage bicycles complete with wicker baskets, 1980s racing machines, to 40s cruisers – if two wheelers are your thing you won’t be disappointed.
Come and check out our three Indian motorcycles ranging from 1929-41. Impeccable design and engineering these bikes really are works of art.
Our scooter collection features the Corgi which were designed to be dropped out of planes by army soldiers during World War II to support airborne troops